WATCH: This Is The AWKS Moment When Producer Joe Ruined A Sam Smith Classic... In Front Of Sam Smith

What. Was. He. Thinking?

Sam Smith is nothing short of an angel on earth. If you want factual evidence of that, just listen to him sing. It's beautiful; it's soulful; it's melodic.

And then there's Producer Joe...

> WATCH: All Of Sam Smith's Dreams Came True When He Sang 'Work From Home' With 5H On Carpool Karaoke

Fresh off of releasing his brand new album, 'The Thrill Of It All', Sam Smith popped by to chat to Roman Kemp about his latest tunes. He thought it was going to be a standard interview about the likes of 'Too Good At Goodbyes'... He thought wrong. 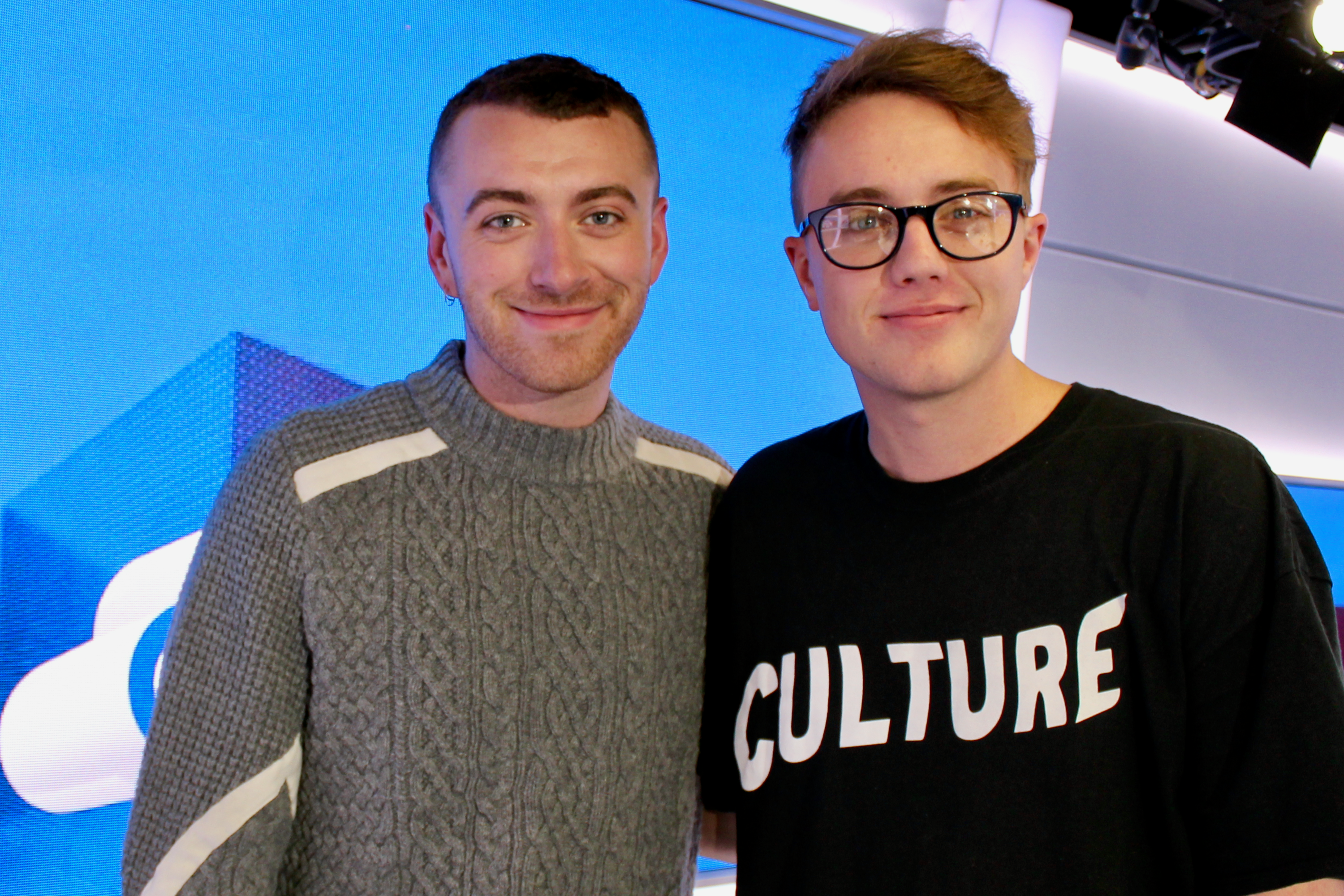 Roman Kemp's right-hand-man, Producer Joe, doesn't go a day without singing Sam Smith, and that didn't change when Sam Smith was in the room.

He "sort of" hit those iconic high-notes when he performed Sam Smith's 'Stay With Me'. Let's just say Sam was VERY good at saying goodbye after this.

> We've Got All The Sam Smith Goodness You Could Possibly Need On Our App!

Producer Joe isn't the only one who can dramatically perform Sam Smith's lyrics. Wait until you see Daniel Radcliffe's rendition...