Rita Ora Chats #CapitalSTB Rehearsals... And Her Dream To Star In X-Men! 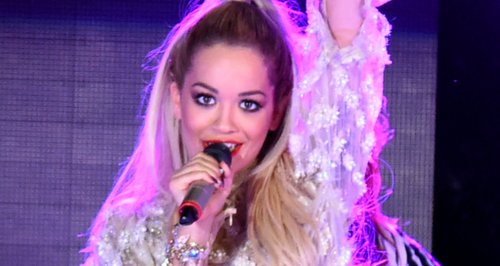 Find out which Marvel character Rita REALLY want to play one day on screen.

Rita Ora is a VERY busy lady lately... rehearsing for her Summertime Ball performance, preparing for her new album AND eyeing up a role in a future X-Men movie!

The 'I Will Never Let You Down' star hits the Capital Summertime Ball 2014 with Vodafone on Saturday (21st June), and has been chatting about her rehearsals today as well as her Hollywood career.

Rita Ora On STB Rehearals... And Starring In X-Men?

"We were just really working it out on stage, especially with how big the stage is!" Rita told Capital tonight before the big day. "I can't wait!"

Rita also opened up on starring in the new Fifty Shades Of Grey film next year… and which superhero movies she's eyeing up a role in in future.

"This is the most important thing [my album], but why not do a few things in between!" Rita added. "I'm talking like X-Men! I want to do who Halle Berry was, Storm!

"I think next time I'll dress-up all the X-Men people on my stage for the Capital Ball!" the UK star teased.