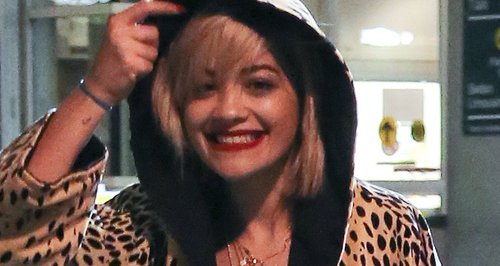 The 'R.I.P.' singer looked excited and happy while arriving ready to start work on the E.L. James adaptation.

Rita Ora was all smiles while arriving in Vancouver this week as she prepares to start filming for her role in Fifty Shades Of Grey.

It was announced last year that Rita has been cast as lead character Christian Grey's sister Mia in the adaptation of E.L. James' incredibly popular novel series.

Rita is now ready to head out on set after being pictured at the airport in Vancouver this week, dressed in an animal print coat and furry snood.

The UK singer paired her look with black leather trousers and a black top, before switching her furry cream snood to a simply hood from her coat.

Rita Ora is also expected to return with a new album later this year.