The 'We Found Love' singer has posed for a revealing image for an upcoming edition of the publication.

Rihanna can be seen showing off some skin in a revealing backless halterneck dress for her new Elle magazine photoshoot.

The 'You Da One' singer also sports a tight leather mini-skirt for the leaked image from the publication's upcoming April edition. The Bajan star has her former cropped hairstyle on show in the shot as she gives a sultry stare to camera.

The 'Diamonds' singer did come under fire however, after only showing her face at the show for just ten seconds. She then later apparently snubbed her own after-party to head out for a night on the town with model Cara Delevingne. 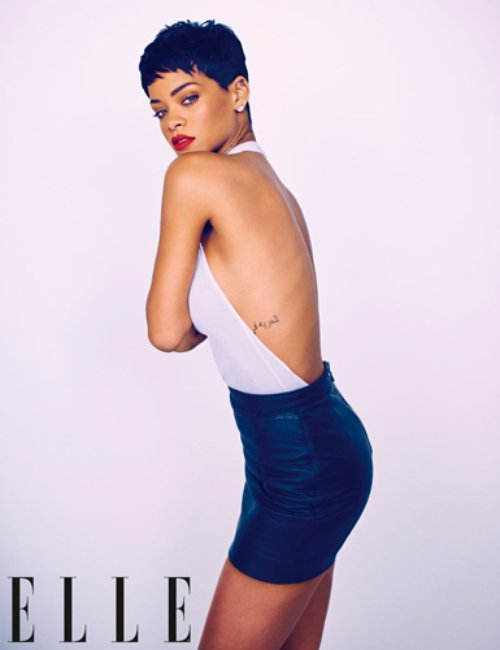 Her night out also ended in controversy as she was bottled by a fan who reportedly became angry at the singer's romance with Chris Brown.

The new image features in the April edition of Elle magazine and was captured by photographer Mariano Vivanco.