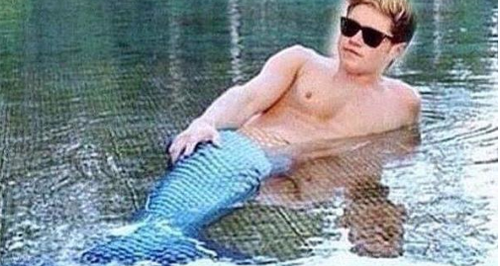 The internet exploded when some news sites tweeted that Niall was leaving the band – the rumours were false but the memes that came out of it are SO real.

There’s rarely a week that passes without some crazy rumour that a member of One Direction is leaving the band, the latest being Niall Horan.

The internet was in uproar after Yahoo Celebrity UK and Sugarscape tweeted the news (which they later blamed on a hack) – but a spokesman for Columbia Records told Billboard there was “no truth to this rumour”.

While we are relieved that our favourite Irish chap is staying firmly put in the band, the internet proved it had NO CHILL whatsoever with the memes that sprung up after the news.

The hashtag #ReasonsNiallLeftOneDirection sprung up, alongside some hilarious theories and photoshops those clever Directioners came up with for why Niall might want to leave.

#reasonsniallleftonedirection he wanted to be closer with his sisters pic.twitter.com/ZyhDkfaMlG

He was tired of the fandom's photoshop skills #reasonsniallleftonedirection pic.twitter.com/4r0UIK725k

#reasonsniallleftonedirection THE BOYS NEVER TOLD HIM WHAT TO WEAR pic.twitter.com/Nc6q0YyR9B

he wanted to achieve his goals of becoming a merman #reasonsniallleftonedirection pic.twitter.com/G7xiaZdLxB

BECAUSE NIALL IS SO SCARED OF OUR FANDOM PHOTOSHOP SKILLS #reasonsniallleftonedirection pic.twitter.com/XzYwY5RHIr