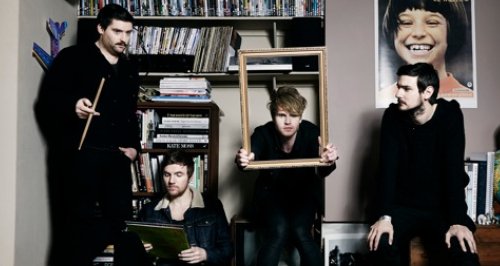 The One Direction man has been working with the Irish band this week on a "massive" sounding new tune.

Irish stars Kodaline have revealed that they are currently working in the studio with One Direction's Harry Styles.

The long-haired lothario has been busy writing for much of the past weeks and already teamed with the likes of John Legend.

In the studio with @Harry_Styles in LA writing a tune, sounds massive. He's gone and done a drawing of us.. x pic.twitter.com/KoLh3lPNWp

Kodaline, who's hits include 'High Hopes' and 'Love Like This', broke the news to fans on Twitter.

The tweet was accompanied by a little sketch Harry had made of the band and himself.

Kodaline said the song was sounding "massive" as fans eagerly await the output from the five.

Meanwhile, One Direction are preparing to get back into the studio themselves this year to work on their fourth album.

Liam and Niall told Capital at last month's BRIT Awards that they were hoping to recruit Pharrell on the record.