The One Direction man was spotted with the 'Lego House' singer back in the UK this week.

Harry Styles was pictured alongside Ed Sheeran this week as the pair reunited for a pub lunch date in Buckinghamshire.

The One Direction star was spotted alongside the 'You Need Me, I Don't Need You' star in Amersham.

Both artists are enjoying some time off the road before commencing their respective tours tomorrow (16th May).

One Direction will head to Switzerland for their 'Take Me Home' world tour outing, with Ed joining up Taylor Swift for her 'Red' tour in the US.

Check out the picture of Ed and Harry Styles posing for a photo with a fan below: (Picture: Twitter @grace_roche) 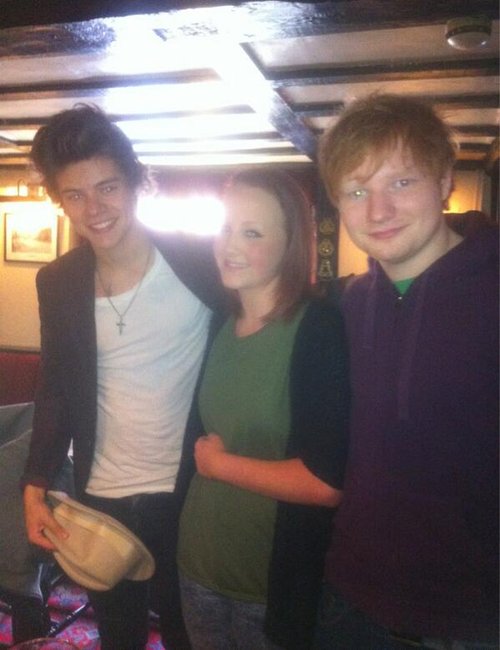 Meanwhile, One Direction are preparing to make a "huge announcement" tomorrow.

The group are also currently filming their 3D concert movie- which will be released in August and is being shot by director Morgan Spurlock.