The 'Little Things' singers made their presence known on the red carpet of the BRITs 2013.

One Direction have made their arrival to the BRIT Awards 2013 ahead of their highly anticipated performance at tonight's ceremony.

The 'Kiss You' five-piece walked the red carpet this evening (20th February) all dressed in suits as they made their way into the O2 Arena ready for the music industry event.

Harry Styles, Zayn Malik, Liam Payne, Niall Horan and Louis Tomlinson all opted for black suits but each wore a different embellishment to make  their red carpet looks stand out.

Liam opted for a black cardigan but no tie with his white shirt while Louis kept things simple with a smart black blazer.

'Little Things' singer Zayn added an element of American style to his look with a bow tie, Niall kept his look casual with a pair of white pumps and Harry accentuated his outfit with a white rosette.

Check out a picture of One Direction walking the red carpet at the BRITs 2013 below (Credit: Getty):

The 'Live While We're Young' singers are due to perform their brand new charity single 'One Way Or Another (Teenage Dream)' later on tonight, which recently hit the top spot on the Vodafone Big Top 40.

View a picture of Harry Styles and Zayn Malik sharing a joke with Rizzle Kicks' Jordan Stephens on the red carpet below (Credit: PA):

Earlier today Liam promised fans can expect "a lot of lights" and "some fireworks" for the band's performance when he spoke exclusively to Capital FM.

Harry Styles shows off his cheekbones on the red carpet below (Credit: PA): 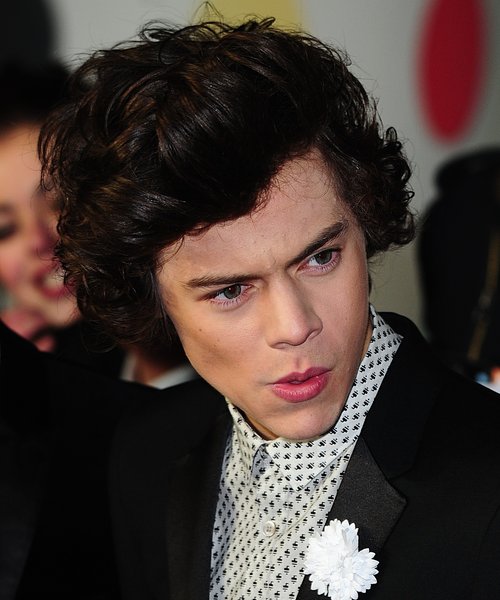 The BRIT Awards 2013 will be hosted by comedian James Corden and begins from 8pm tonight live from London's O2 Arena.

You can see all the latest news, pictures, interviews and watch this year's performances at the BRIT Awards 2013  on Capitalfm.com  - follow the action in real time on our live blog.

Join the conversation about this year's BRIT Awards by following @CapitalOfficial  on Twitter with the hashtag #BRITSOnCapital and liking us on Facebook.