The 'Live While We're Young' singers unveil the cover image to accompany their brand new single.

One Direction have released the official artwork to accompany their latest single 'Best Song Ever'.

The 'What Makes You Beautiful' stars debuted the image on their Twitter account last night and it features several of the shots included on the poster for their upcoming movie.

The track is the first to be taken from the group's forthcoming third studio album – released latest his year.

'Best Song Ever' will be available to download on 22nd July with their movie This Is Us hitting cinema screens next month.

Check out the official artwork for One Direction's new single 'Best Song Ever' below: 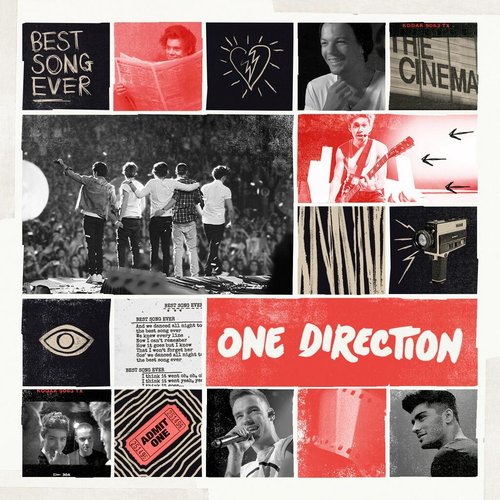 The boys are currently on the road with their 'Take Me Home' world tour in the US.

One Direction will head on their first ever stadium tour in 2014 – playing at the likes of Manchester City's Etihad Stadium and Wembley Stadium.