WATCH: A Mariachi Band Sang Harry Styles' Tweets, And His Reaction Was The Most Priceless Reaction EVER!

What do you do when you’ve got Harry Styles, one of the biggest names in music, sat opposite you on a Friday morning?

Well, just ask #CapitalBreakfastWithRomanKemp. Roman Kemp thought it would be a good idea to inject some of them Friday feels into his chat with the ‘Sign Of The Times’ singer, by dragging a four-piece mariachi band into the studio, and getting them to sing Hazza's Tweets!

> WATCH: We Dare You Not To Get Jealous When You See Charlie Puth Serenading A Fan Over Her Breakfast!

The 23-year-old singer seemed pretty psyched when four guitar wielding, sombrero wielding musicians entered, and started to sing classic Tweets from Harry, including "A bird pooped on me" and "Never make eye contact with anyone while eating a banana".

But ours - and by the looks of his expression - Harry's favourite had to be when the band serenaded us with those fifteen magical words; "If Louis Tomlinson feels tired, he sits down to have a wee... I've seen it". 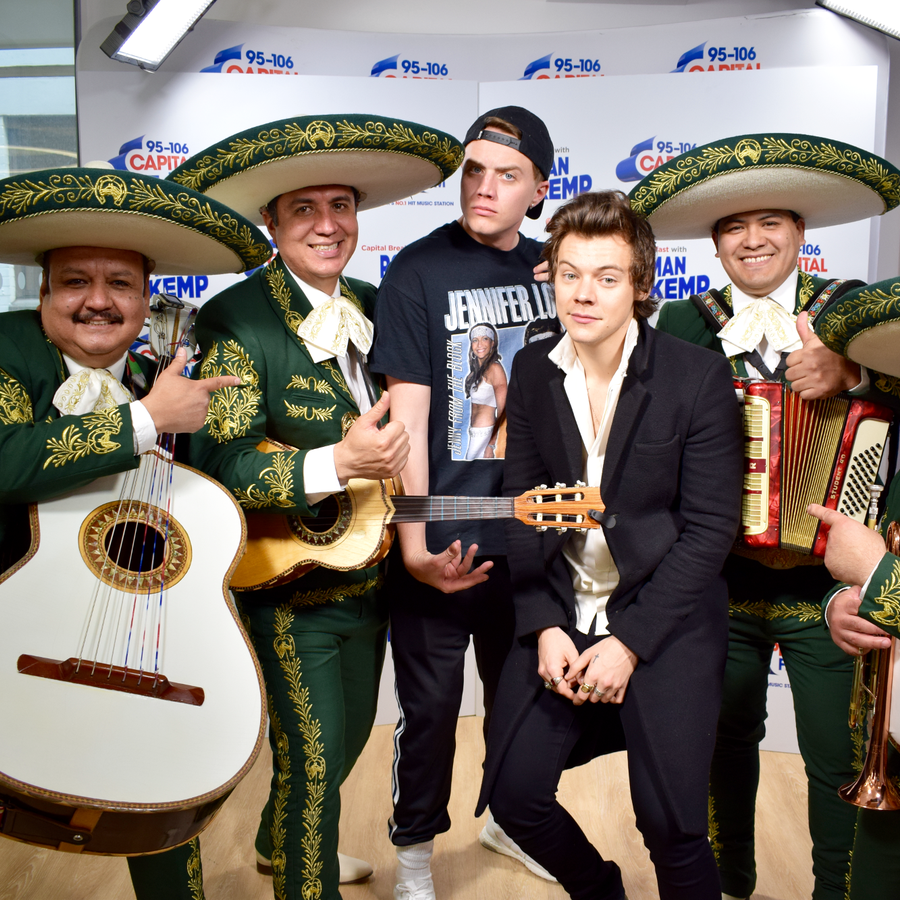 Obviously, this was pretty much the best Friday ever; we had Harry Styles inches away from us, while a mariachi band sang Hazza's words, so what could make it better? How about them performing old school One Direction? You got it. We cheered, but you couldn't hear us over Harry's applause and wolf-whistling!

During the chat, Roman Kemp and Harry also got down to some sort of therapy, where they let off what was on their chest. Like the time Roman Kemp was trying to reconcile with his ex, only for Harry to actually pester them and constantly remind them of how awkward it actually was. (We sound like we're mad, but we're actually so, so, SO pleased this happened.)

> Catch #CapitalBreakfastWithRomanKemp Each Morning From 6AM, For The Biggest Tunes And Celebrity Chat!