If there was one man in the world we'd be happy to forgive for ANYTHING...it's Ed Sheeran.

It's not every day you get the biggest musician on the entire planet to tattoo your leg, but that's exactly what happened a few weeks ago when Ed paid Roman Kemp a visit in the Capital studio.

However with the launch of Capital Breakfast with Roman Kemp and Ed's London tour dates colliding in a coincidence of pure awesomeness, Ed took it as an opportunity to apologise to Ro's mum Shirlie Kemp!

Shirlie revealed, "The one thing I said to Roman when he hit 18, was don't do the tattoo thing, whatever you do, you'll regret it." Which of course forced Ed to show off his gazillion arm tats.

Luckily for Ed, Mrs Kemp just couldn't stay too mad at the 'Dive' superstar, calling him 'adorable' and laughing off the whole thing!

Plus Ed FINALLY cleared up the confusion around his very own unfortunate tattoo which was left the star emblazoned with the word 'Galway Grill' instead of his No.1 tune 'Galway Girl'. 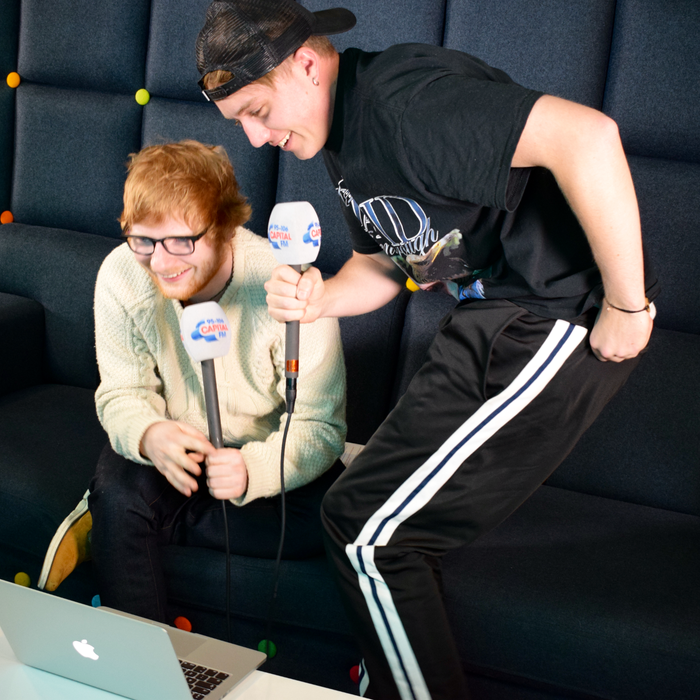