This Video Of Dads Dancing To 'Uptown Funk' Will Make Your Day!

It might be the best song of the year, but it doesn't mean that dads should dance to it!

When it was rush-released following Fleur East's X-Factor performance, 'Uptown Funk' fever has been spreading across the globe!

Mark Ronson and Bruno Mars' phenomenal hit not only bagged Christmas number 1 on the Vodafone Big Top 40, it has also been taking over dance floors across the world!

Just looking at Bruno's smooth moves in the video can make anyone think they've got some serious skills - but we all know that dad's can't dance (it's a scientific fact!)

YouTube channel TastefullyOffensive has compiled a hilarious video of dads dancing to 'Uptown Funk', and it's completely off the cringe-o-meter! 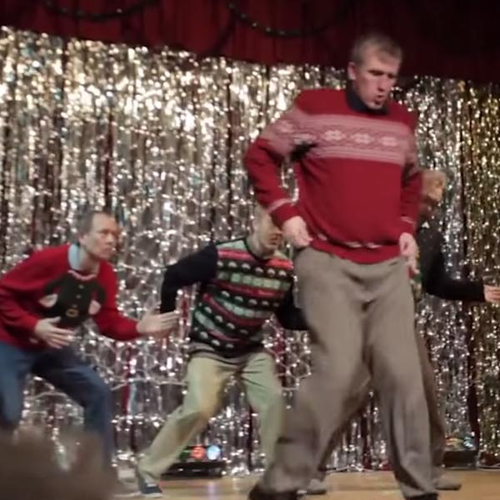