The 'Wings' singers are currently riding high in the US iTunes chart with debut album 'DNA'.

Little Mix have been praised by Backstreet Boys singer AJ Mclean on their recent US success and debut album.

The 'How Ya Doin'?' singers released their record 'DNA' recently and went straight into the top five of the US iTunes chart.

AJ took to Twitter to offer his best to Jesy, Jade, Leigh-Anne and Perrie.

He wrote: "hey girls this is aj mclean from backstreet boys and I gotta say I'm a big fan! U girls are the real deal love the album!!!" 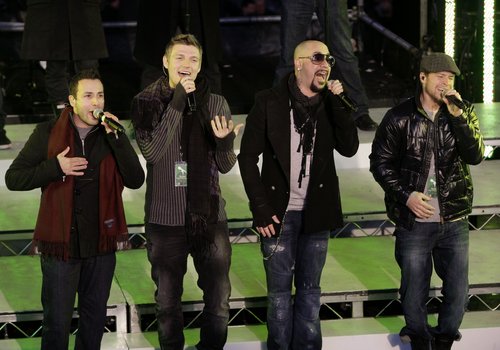 The girls aren't the only British stars to get the seal of approval from the US boyband.

One Direction's cover of 'I Want It That Way' was praised by the band when the watched the performance from their 'Take Me Home' world tour.