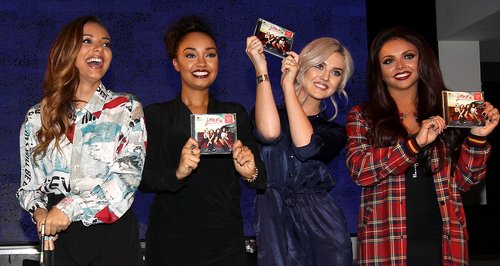 The 'Wings' band say the song has a special resonance for their fans because of the message behind their lyrics.

Little Mix have opened up exclusively to Capital about their brand new single 'Little Me' and how much it means to them and their fans.

Listen to Little Mix chatting to Capital showbiz reporter Kevin Hughes about their new single 'Little Me' below:

Little Mix chat about the message of new single 'Little Me'...

The 'Move' four-piece confirmed earlier this week that the 'Salute' album track will be their second release from the record, and say the message of the song is to make their fans feel good about themselves.

"We really wanted to write a song basically about what we would tell ourselves if we could go back in time," Jade explained to Capital FM this week, while Leigh-Anne Pinnock explained: "It's basically a message to the fans because a lot of them are quite young.