The girls have revealed their new album's track list after telling us all about the sound of their next record, and what the title REALLY means.

Stop what you're doing - Little Mix have just revealed the full track list for their brand new album 'Get Weird' - and we have a LOT to look forward to!

The girls unveiled all the names of their new songs on Instagram last night with the caption, "The guessing game is over! Here's the FULL deluxe track listing for the #GetWeirdAlbum. Seriously excited for you to hear all of these tracks now! The Girls".

The guessing game is over! Here's the FULL deluxe track listing for the #GetWeirdAlbum. Seriously excited for you to hear all of these tracks now ! The Girls http://smarturl.it/LMGWdlx

Perrie, Jade, Jesy and Leigh Anne recently told Capital what their fans can expect from album three, which finally arrives this Autumn, and promise it’s all about being yourself.

"Well, we’re all about embracing our inner weirdness,” Perrie Edwards explained to Toby Tarrant at Thorpe Park Resort. “We think it’s fun to be individual, it’s fun to be out there and crazy and just not care what anybody thinks. That’s what it’s all about.” 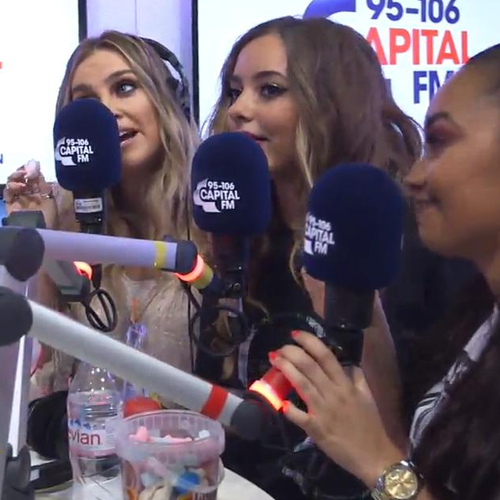 The ‘Wings’ band ALSO teased that there could well be a surprise collaboration cropping up on the tracklist.

"Not as of yet, but there might be! We have some in mind actually,” Perrie added. So watch this space!

POLL TIME! Have YOUR say in who you'd like to see join the girls for a track on 'Get Weird' below:

And finally, Jade Thirlwall gave us a few clues about what to expect from the album’s sound, and it’ll see the girls going SERIOUSLY pop on us.

WATCH: Which Little Mix Couple Is The WORST For PDA?