The 'Wings' singers tell Capital FM that they are thankful for their fans after beating a chart record set by the Spice Girls.

Little Mix have confessed that they have been left "shell-shocked" after learning their debut album charted at number five in the US this week.

The position beats the previous best debut effort from a British girl-group after the Spice Girls' 'Spice' hit seven back in 1997.

"You know what, we feel a little bit shell-shocked," revealed Jesy to Capital FM. "We just feel a bit overwhelmed to be honest."

Perrie added that they were very thankful to their army of fans for all their support.

"Yeh, but we're very very thankful. We're just sat going 'Woah, we have the best fans in the world for getting us to this stage," she added. "It's just incredible." 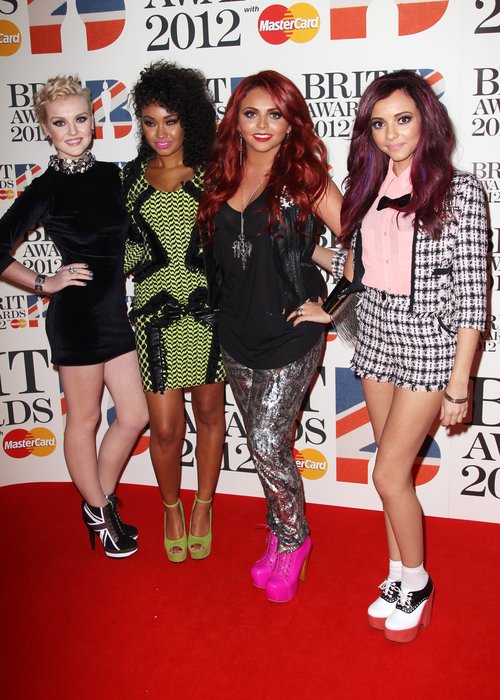 Speaking about their record over the Spice Girls, Jesy added: "We've always said we wanted to be as big as the Spice Girls and that's what we're hoping to do."

Listen to Little Mix speaking to Capital FM's showbiz reporter Kevin Hughes about the success of their debut album in the US below:

Little Mix talk to Capital about their US success

Little Mix were also recently praised on all their success by Backstreet Boys singer AJ Mclean who tweeted the girl-group.

Jade Thirlwall Signs With The Same Management As Harry Styles

Jesy Nelson Made Over £3Million After Leaving Little Mix