TOO Cute! Justin Bieber Takes A Little Girl As His Date To Collect His Charity Award!

This video of Justin collecting his Champ Of Charity award at the Young Hollywood Awards is too emosh!

The Young Hollywood Awards last night were a glitzy affair, but even more so for one little girl who got her wish of being Justin Bieber’s date for the ceremony.

Justin was honoured with the Champ Of Charity award for his incredible work with the Make A Wish Foundation – he’s the record holder of the music performer that has granted the most wishes EVER! 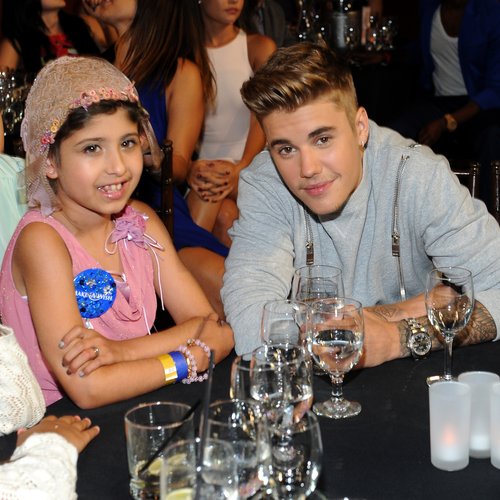 Yep, Justin has granted the wishes of 226 ill children – and even managed to grant 11-year old Grace’s wish to be a celebrity for a day at the ceremony.

When Justin went up to collect his award he called her up to the stage and gave his award to her instead. Awww!

The video is FAR too cute, and shows Justin finally getting the recognition he deserves for making 226 young people VERY happy.

We dare you to watch it without getting even a tiny bit emosh. It can’t be done!