The '#ThatPower' singer wants to follow his grandparents by starting a family early on.

Justin Bieber has gone topless for a brand new photo shoot and revealed he hopes to marry and start a family while he is still young.

The 'Boyfriend' singer, who turned 19 in March this year, is said to be keen to follow in the footsteps of his grandparents who wed while young.

"They love each other so much, after so many years," Justin told Us Weekly for their new issue. "When I'm their age, I want to be as in love with my wife as my grandfather is with his."

Justin also opened up on his split from longterm girlfriend Selena Gomez, and said he believes they can still remain friendship despite their relationship ending.

Check out Justin's cover shoot below: (Picture: Us Weekly) 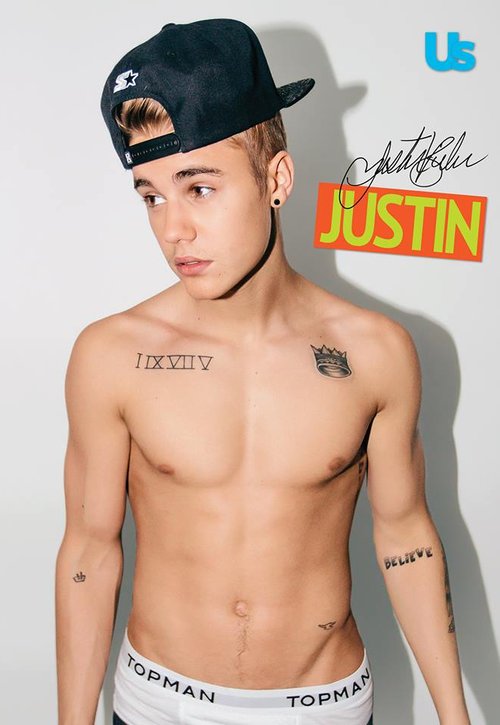 "As long as people are kind to each other during a break-up there's no reason why they can't be friends," the 'As Long As You Love Me' singer explained.

Justin was recently linked to aspiring model Jordan Ozuna after the pair were spotted kissing in Las Vegas last month, while Selena was quoted as saying she is "happy" for Justin to move on from their romance.