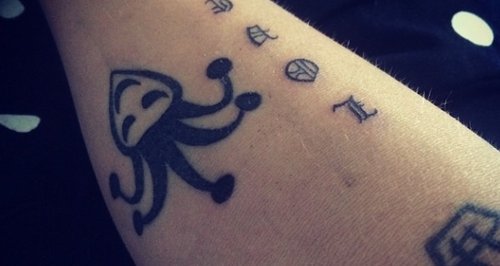 The 'Confident' singer reveals yet another new inking fresh from several other new tattoos.

Justin Bieber has unveiled his third new tattoo in four days this week after getting a new romantic-themed design inked onto his arm.

The 'All That Matters' singer, who has faced increasingly speculation he is back with ex-girlfriend Selena Gomez this month, revealed the new tattoo on Instagram yesterday (13th January).

Justin shared a snap of his forearm featuring a brand new tattoo design of the word "love" in capital letters down his arm.

The new design follows several other new inkings Justin has had done recently, after sharing snaps of a jester design and compass tattoo over the weekend.

The Canadian pop star's tattoo collection is now believed to be around 23 in total.

Justin Bieber has promised to unveiled the music video for his song 'Confident' sometime very soon.