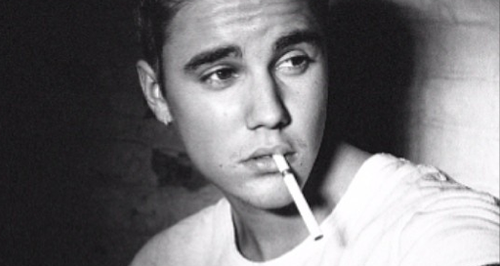 Justin Bieber has had two brand new tattoos done and tasked tattoo artist Bang Bang to do them during a private jet flight last month.

The 'Boyfriend' star had the design of a crucifix inked onto his chest, as well as the word 'forgive' tattooed on his abdomen, while flying from Panama to Canada in February.

Check out a snap of one of Justin's new tattoo designs below (Credit: Instagram):

"It was really difficult," Bang Bang revealed to the New York Daily News this week. "The plane was shaking, so it's like trying to do a tattoo while you're driving over rocks, and so I have to compensate and be so, so accurate.

"My adrenaline was through the roof," he added. "This was the most difficult tattoo I've ever done for sure."