We find out just how much the two fellow Canadian teens have in common, and play a game of 'Lips, Wife, Leave It'.

After being heavily compared to swag-wearing and sweeping-fringe-styling Canadian singer Justin Bieber since the beginning of his singing career, we get 'Stitches' singer Shawn Mendes to set the record straight once and for all... We find out just how much the pair have in common! 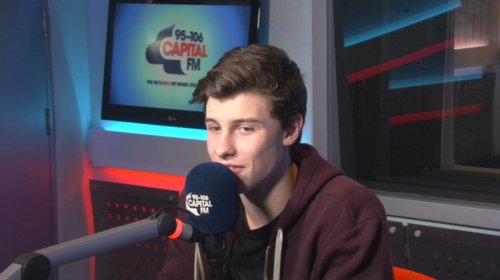 Plus, the teen heart throb opens up about which girls he'd like to snog, marry and avoid in a game of Capital's 'Lips, Wife, Leave It', with options of friend Camila Cabello of Fifth Harmony, Chloë Grace Moretz and Little Mix's Jade Thirlwall.

WATCH: The Vamps Bring Out 'Special Guests' For Instaoke Covers Of 1D And Michael Jackson...