We're still hoping for a reunion one day... like, COME ON. #Jelena forever.

Guys, we need to discuss the fact that Justin Bieber and Selena Gomez are a thing again.

An Instagram thing, nonetheless, but it’s a still a thing.

> 7 GIFs Of Zac Efron's Striptease In Bad Neighbours 2 That'll Make You WEAK At The Knees!

And when we say thing, what we really mean is that Biebs followed Sel on Instagram.

Which basically means that the Jelena ship is sailing once more, right? 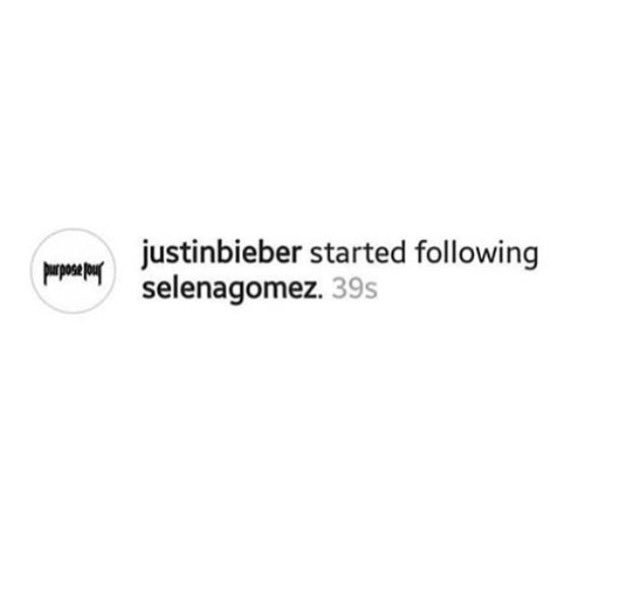 But can we just take a moment to appreciate the fact that since he wasn’t following her, he had to actively search her name to find her in the first place, and then hit the dreaded ‘follow’ button. Like… SURELY THAT MEANS SOMETHING.

Regardless, social media is losing its mind over this Instagram action from the ‘Sorry’ singer.

So much so that the tweets have made our Wednesday SO MUCH BETTER.

Justin followed Selena on Insta for the first time in 2 years. Love is restored again.

Currently waiting for Selena to follow Justin back on ig #jelena pic.twitter.com/gXDS4rpmp4