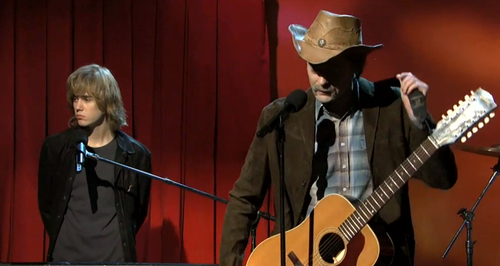 Comedian Bill Hader describes the skit as the "greatest train wreck ever" as he commentates.

The skit featured the teen star and comedian Bill Hader – playing the part of his father.

The sketch was cut due to a bad rehearsal, which saw a wall almost fall on the Canadian, wardrobe issues and no reaction from the audience at various key points.

Bill offers his commentary with the show's producers and describes the scene as the "greatest trainwreck ever" as he talks about what went wrong.

Meanwhile, Justin is currently on the road with his 'Believe' world tour and performed to a celebrity packed crowd at the Staples Center in Los Angeles last night (25th June).

He is also rumoured to be back on the dating scene after pictured getting close to model Jordan Ozuna in Las Vegas.