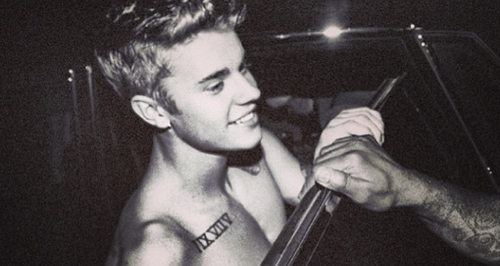 Listen to Justin's new team-up song with the 'Do What U Want' singer.

The 'Boyfriend' star has been unveiling and releasing new music every week for the past several week, with new song 'PYD' dropping earlier today (18th November).

Justin's new team-up with R Kelly was confirmed last week, and the title stands for 'Put You Down'.

After confirming news of the pair's collaboration R&B star R Kelly described their team-up as a "hot" song.

Over the weekend Justin Bieber unveiled the official movie trailer for his new film Believe 3D.