Justin Bieber's sent a message of support via Twitter to all Australians currently caught up in the devastating floods.

Tweeting last night (Jan 10) Justin said he had only just discovered about the disaster and was thinking about the victims,

"just heard about the floods in Australia. to all the people out there i send you my prayers." #staystrongless

At least 11 people are known to have died and 77 are missing after torrents of water tore through Queensland state's Lockyer Valley.

Some 6,500 residents living in Brisbane , the country's third largest city, are being urged to evacuate their homes with more rain predicted to fall in coming days.

Australia's prime minister Julia Gillard has warned that the death toll is likely to rise. 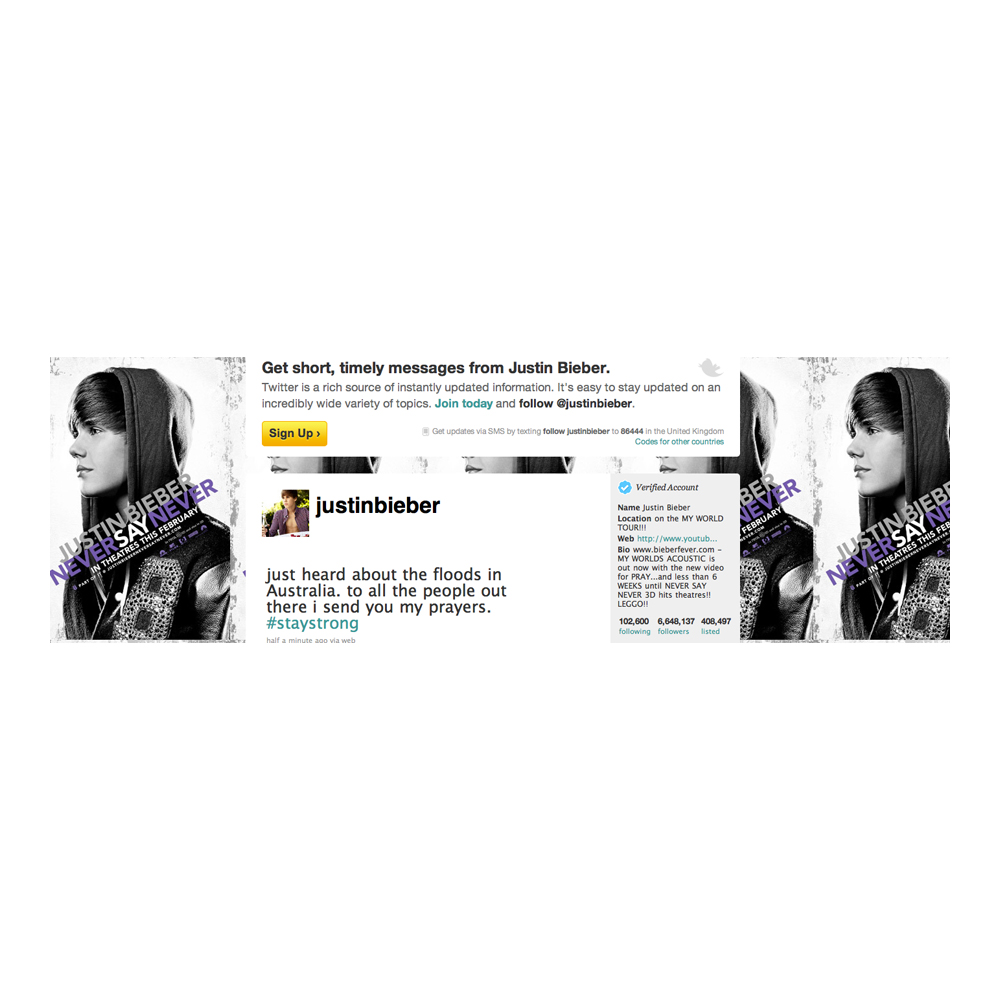