Justin Bieber and One Direction were among the big winners at last night's Teen Choice Awards 2012 while Taylor Swift also picked up several wins at the awards show.

UK boy band One Direction also made a big impact at this year's Teen Choice Awards following their huge success stateside over the past year, picking up both Choice Breakout Group and Choice Love Song for their Billboard Hot 100 hit 'What Makes You Beautiful'.

Maroon 5 were presented with the awards for Choice Break-Up Song for their Wiz Khalifa featuring hit 'Payphone', while Justin's girlfriend Selena Gomez also won one when her band Selena Gomez & The Scene won Choice Music Group.

Check out a picture of Justin Bieber promoting his new album 'Believe' recently below (Credit: Getty): 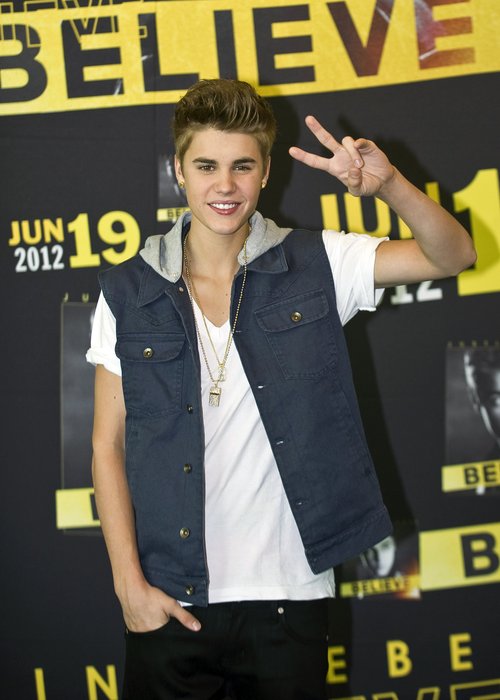 This year's Teen Choice Awards was hosted by The X Factor USA judge Demi Lovato and Glee star Kevin McHale and was held at the Gibson Amphitheatre in Los Angeles.