The 'Boyfriend' singer avoided a repeat performance of his late showing at the venue last night.

Justin Bieber avoided a repeat performance of his late showing at London's O2 Arena on the second night of his residency at the venue last night.

The 'As Long As You Love Me' singer came under fire for taking to the stage two hours after he was scheduled to on the first London gig on Monday night (4th March).

The Canadian offered an apology to fans on Twitter yesterday afternoon explaining the incident was down to "technical problems" but admitted there was "no excuse" for being late to the stage.

Angry parents and fans had been taking to Twitter to critisie the star for his late arrival – with many having to leave early to catch public transport.

It was reported the teen came to the stage two minutes early on the second night and avoided any boos from the crowd – which greeted him on the first London gig. 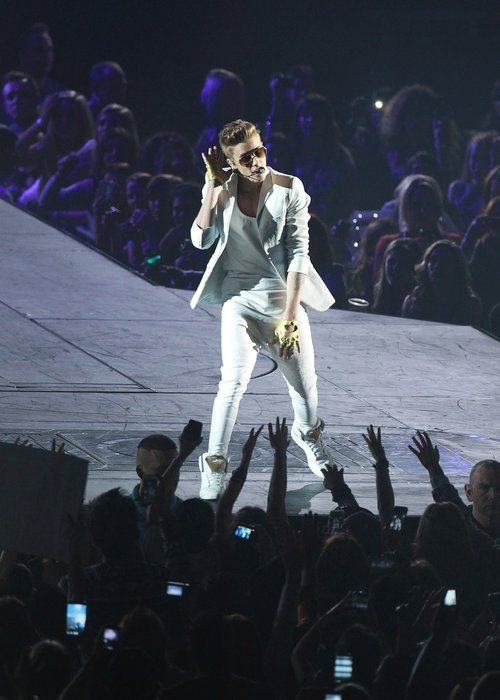 "We are happy to report that Justin Bieber made it on stage two minutes early this evening. Phew...," read a comment from the O2 Arena's official Twitter account.

Justin will be back on stage at the same venue tomorrow (6th March) before a further gig on Friday and then heading around Europe on his 'Believe' jaunt.