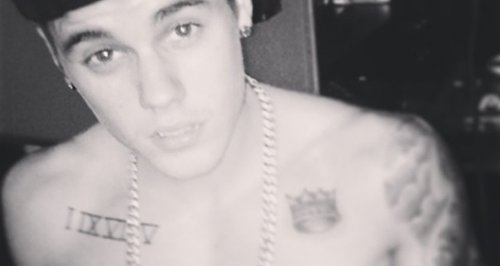 To celebrate the release of his digital album 'Journals' Justin has treated fans to previews of some new music.

The 'Heartbreaker' singer has revealed video teasers for the songs 'Swap It Out', 'One Life' and his Future team-up 'What's Hatnin''.

Earlier this month Justin confirmed the release of a digital-only album called 'Journals' featuring all of the tracks from his #MusicMondays campaign, as well as brand new material.

The Canadian star brought his 'Believe' world tour to a close with a final show in the Philippines this month.

Justin Bieber launches his album 'Journals' on 16th December for a limited release until early January.