With rumours that Orlando was romancing Selena at one point, have the lads gone head to head in the ultimate battle?

Another day, another set of naked celebrity photos.

Yesterday, it was Orlando Bloom. 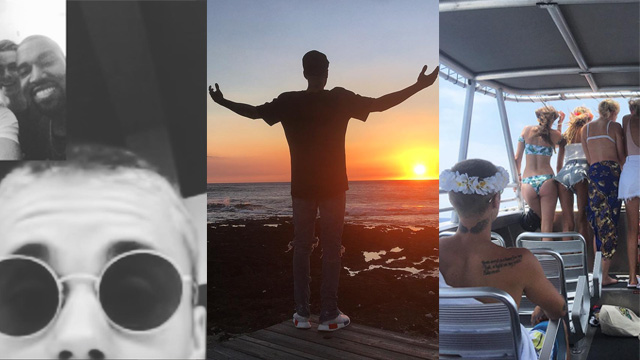 Well, today it is none other than Justin Bieber.

And yes, the internet has once more gone a bit mental for them.

Spotted skinny dipping on his holiday in Hawaii, the ‘Sorry’ singer was out and about with his model pal, who was also enjoying a bit of nude swimming.

Is someone gonna remove the black box or will I have to WAIT pic.twitter.com/a3tfniPwVW

what up justin bieber pic.twitter.com/DpAYuXdKek

That said, we all know that Biebs is not afraid to show of his… asset.

Just last year, he was papped letting it all hang free.

For now, we will leave you with Twitter reaction and prepare to LOL because once more, the internet has proven what an hilarious place it can be.

Is someone gonna remove the black box or will I have to WAIT pic.twitter.com/a3tfniPwVW

If your nudes get leaked when you're on a PRIVATE vacation, obviously the people you were hanging out with are shady.

YOU ALWAYS LET UR GUARD DOWN WITH THE WRONG PEOPLE. WHAT ARE U THINKING I HATE YOU RIGHT NOW STOP BEING LIKE THIS @justinbieber

@justinbieber i would have never leaked your nudes

WHAT DO YOU HAVE TO SAY FIR YOURSELF @justinbieber pic.twitter.com/78mMHhLXLq