MTV EMAs 2015: Justin Bieber SMASHES The Record For Most MTV EMAs EVER Won!

Justin stole the record from Eminem by racking up his EIGHTEENTH award on the night - go on, the Biebs!

We always knew our little Biebs was a force to be reckoned with and he’s definitely proved us right – Justin Bieber has broken the record for the most amount of MTV EMA awards won by one artist.

MTV EMAs 2015 Winners List: Check Out ALL The Big Wins From This Year's Show

Justin took 6 awards on the night, taking him up to a total of 18 awards won altogether over the years – beating the previous record holder Eminem who has won 15 over the years.

Congratulations to @JustinBieber who now has more #MTVEMA awards than ANY other artist! https://t.co/ep40GcCRbx pic.twitter.com/jEpteelOss

He bagged the awards for Best Male, Best Collaboration, Best Canadian Act, Best Worldwide Act: North America, Biggest Fans and Best Look – no mean feat after the boy took a couple of years out of music! 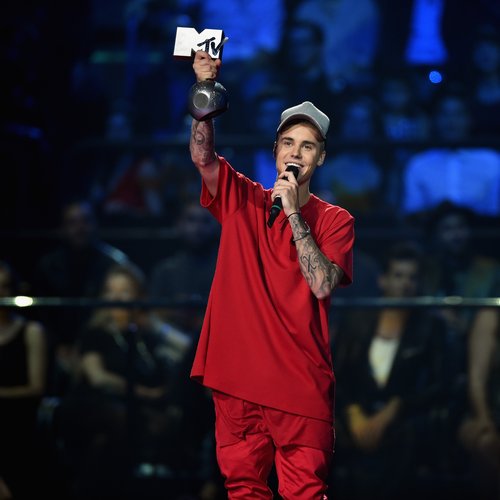 Justin’s been taking the world by storm with the first couple of tracks we have heard from his new album ‘Purpose’ – with the incredible ‘Sorry’ being the most recent to be revealed – so it’s no wonder he’s raking in the awards once again.

Congratulations, Justin Bieber on winning Best Male at the #MTVEMAs!