Justin Bieber's 'Purpose' Merch Has A Spelling Error... Which He Didn't Do On 'Purose'!

It's set to be one of the biggest tours of 2016 and everything has to be perfect; the dancing; the vocals; the lights; the... Well, let's forget the spelling on the memorabilia, okay?

Justin Bieber is currently performing in hundreds of sold-out shows across the entire planet, for thousands of screaming fans.

So maybe Biebs should have hired us when it came to promoting the tour on his tees. You see, this happened... 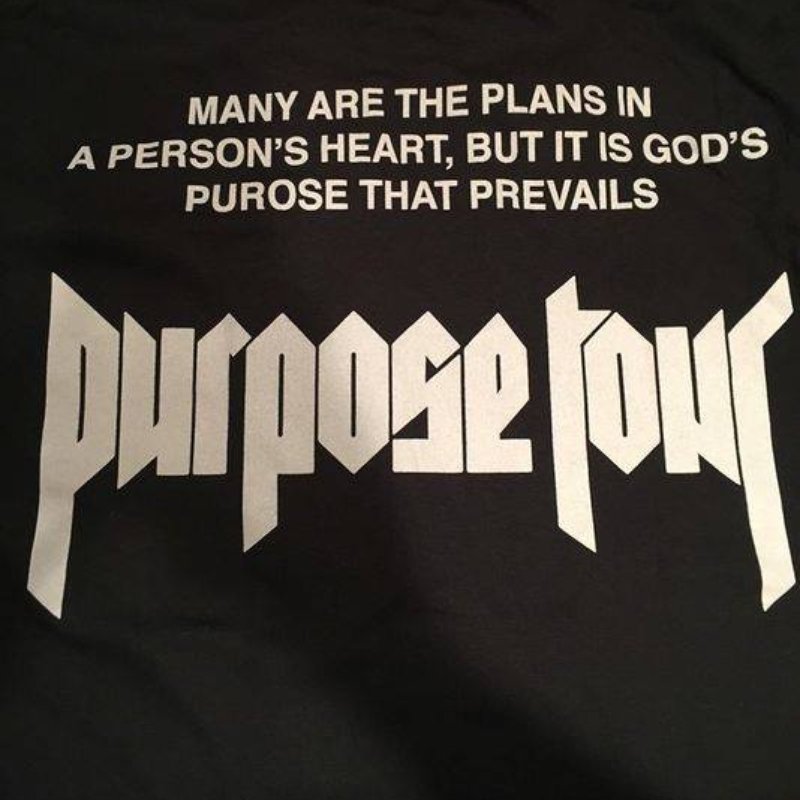 That's right. Apparently, it's "God's purose that prevails". Ahem... Yes, t-shirt designer - it is too late to say sorry.

We're still trying to work it out. Surely it cannot be a typo on one of the most desired pieces of merchandise for the most anticipated tour in the history of music? Maybe it means a pure rose... Is a 'purose' a type of car? What is it?!

I want one of these shirts #Justinbieber #purose pic.twitter.com/DQAd1SQoXf

When Justin Bieber's tour merch has a misspelling #purose pic.twitter.com/nY2u6IMzK5

Hey @justinbieber there's a typo on your shirts.. #purosetour?? pic.twitter.com/P1hlXl0xt6

And what did JB have to say about it all?

I love my merch

Can we blame him?