WATCH: Justin Bieber Performed ‘Love Yourself’ & ‘Company’ And It Was Just Glorious

The ‘Purpose’ star took to the stage – and even took his performance into the crowd - at the iHeartRadio Awards and it was EVERYTHING.

He might be in the midst of his ‘Purpose’ World Tour, but that didn’t stop Justin Bieber from putting on one heck of a performance at the iHeartRadio Awards this weekend – even getting amongst the crowd!

Justin performed an acoustic version of ‘Love Yourself’ on guitar before going into ‘Company’ – and he definitely got the crowd on their feet and dancing along to his slick tour routines.

As well as SMASHING it on stage, he also got amongst the crowd and danced with a fan – erm, jealous much? – and managed to weave his way between the hundreds of #Beliebers making a grab for him as he walked through. 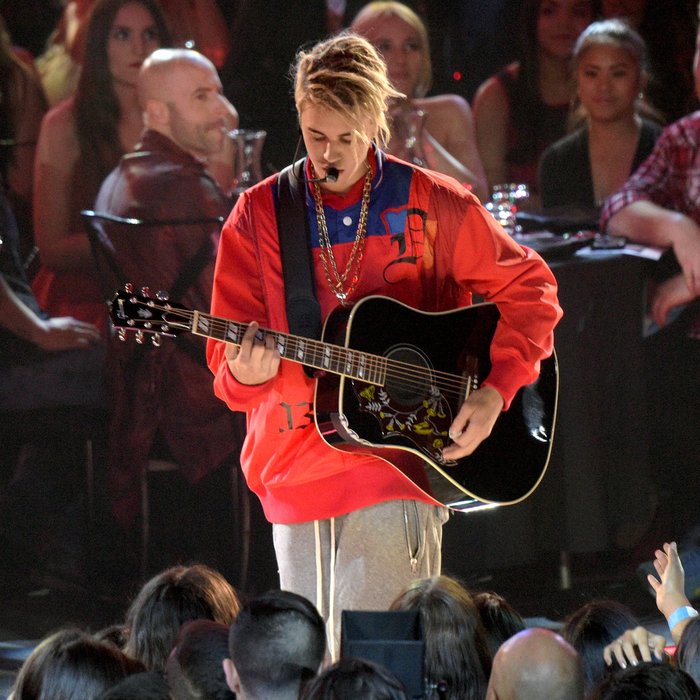 We LOVE how much of a showman the Biebs is – we could happily watch him perform all day long!