The 'Boyfriend' singer shocked passers by with his choice of attire for a trip out in the capital this week.

Justin Bieber could be seen wearing a gas mask as he went shopping in London this week.

The 'As Long As You Love Me' star has been in the UK on his 'Believe' world tour and stopped by Acne studios for some retail therapy.

He has already gone out shoe-shopping with good friend Will.i.am during his time in the UK and watched Justin Timberlake's show at The Forum in Kentish Town earlier this month.

The Canadian teen teamed his mask with a leather ensemble and his trademark chain aound his neck.

The singer has often been known to use a disguise to hide his appearance from the paparazzi.

Check out a picture of Justin Bieber in his gas mask out in London below: (Picture: INFPhotos) 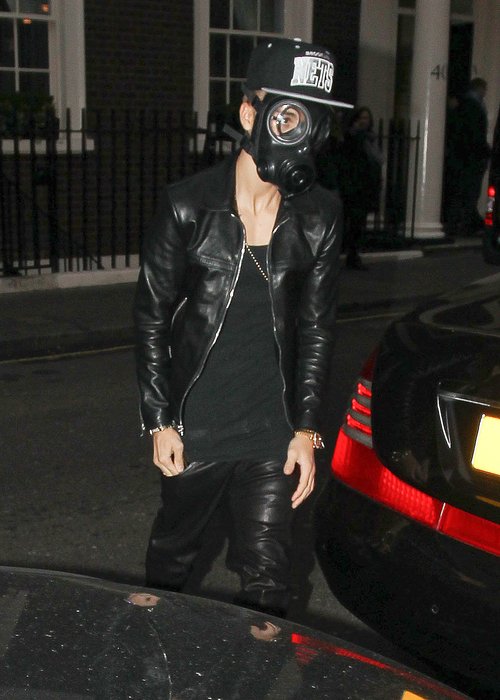 Meanwhile, Justin will continue his UK tour tomorrow night (27th February) in Birmingham before a gig in Nottingham and a four-night residency at London's O2 Arena.

He has also been linked to British singer Ella-Paige Roberts-Clarke this week - with the female model since denying the relationship reports.