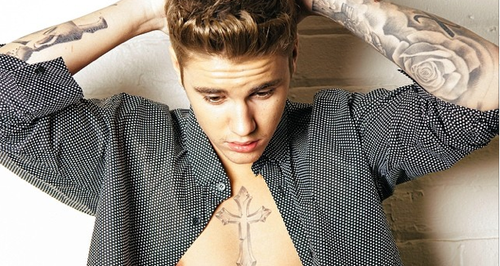 The 'Boyfriend' star won his award for Fan Choice for the fourth year in a row this past weekend.

Justin Bieber and Drake were among the winners at the June Awards 2014 with other artists including Bruno Mars and Arcade Fire also picking up gongs.

It was announced over the weekend that Justin Bieber has picked up the Juno Fan Choice Award for the fourth year in a row, with Canadian star Justin tweeted thanks to his fans after the event.

"We won #JUNOFanChoice for the 4th year in a row! Love to all my believers. Thank u. Love u," Justin simply tweeted, after being unable to attend the show.

We won #JUNOFanChoice for the 4th year in a row! Love to all my beliebers. Thank u. Love u

Elsewhere, Drake picked up Best Rap Album for 'Nothing Was The Same', Bruno Mars won International Album for 'Unorthodox Jukebox' and Tegan and Sara won Pop Album Of The Year for 'Heartthrob'.

Canadian singer Serena Ryder won Artist Of The Year over established names like Robin Thicke, Drake, Michael Buble and Celine Dion, and went on to praise Justin Bieber during her acceptance speech.

"I really think that Justin Bieber is an amazing musician and he deserved every bit of that award because he's been working his a** off his entire life and we need to support how awesome he is,' she said, after hearing boos during Justin's win.

Justin Bieber is currently working on new music for his next studio album.