Justin Bieber loves an impromptu performance, and his latest saw him team up with Cody Simpson to surprise diners in Hollywood.

Ok, we are totally packing up and moving to LA – Justin Bieber has done ANOTHER surprise performance in a restaurant in Hollywood, this time duetting with Cody Simpson. Not. Fair.

WATCH: Justin Bieber absolutely KILLS IT with his cover of Boyz II Men 'I'll Make Love To You'

Justin and Cody surprised unsuspecting diners in West Hollywood by pitching up and performing at The Nice Guy Italian restaurant just weeks after Justin’s impromptu performance of Boyz II Men’s ‘I’ll Make Love To You’ at the W Hotel’s Jazz Night. This literally never happens when we’re grabbing our quarter chicken at Nando’s. Sob. 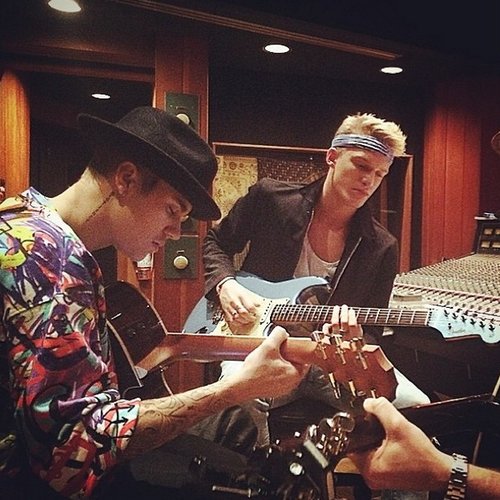 Justin and Cody sang their duet ‘Home To Mama’ and reportedly covered Tracy Chapman’s ‘Fast Car’ and Edwin McCain’s ‘I’ll Be’ during their surprise set.

The pair were joined by Justin’s rumoured girlfriend Hailey Baldwin who rocked a similar monochrome top to the ‘Confident’ star and Scooter Braun even bigged up the performance on Instagram.

So I see @justinbieber and @codysimpson jammed last night in la. Good stuff

Does this mean Cody and Justin’s long-awaited joint album could be on the way soon? Cody previously told MTV the record had been put on hold so they can both concentrate on their individual albums, but we need more of the same!