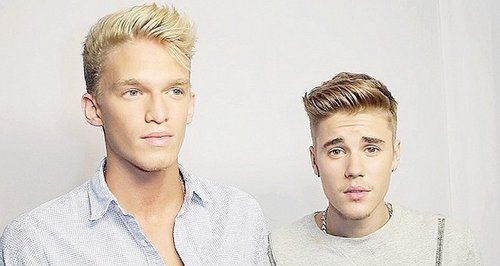 The Canadian superstar promises fans he has something very exciting on the way with Cody.

Justin Bieber's been cooking up something VERY special in the studio over the weekend… with a certain hunky Australian star!

The 'Boyfriend' star has been working on a team-up with Cody Simpson and the pair have been more than happy to tease their fans about what they have planned.

something special in the studio tonight

Earlier in the night Cody had presented Justin with the Make A Wish Award at the event, to honour his contributions to charity over the years.

Clearly this pair have become fast friends lately, judging from this cheeky snap of the pair engaging in an arm wrestle. But the question is, who do you think won?

Watch this space for more on Justin Bieber and Cody Simpson's new collaboration and when it might drop!

And just for good measure… here's a pic of Cody showing off that famous body of his! #WhyNot