Justin Bieber To Get A Young Hollywood Award For His Charity Work Aww! 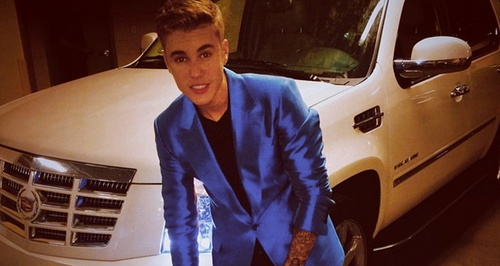 Justin Bieber’s dedicated charity work with Make A Wish has bagged him an award at the YHAs.

Justin Bieber’s a sensitive soul under all the fast cars and baggy trousers – and the pop superstar is being honoured with an award for his charity work.

Justin tweeted that he is going to receive a Young Hollywood Award for his work with the Make A Wish charity at Monday’s awards (28th July).

Justin is going to receive the Champ Of Charity Award from last year’s winner Cody Simpson, who told HollywoodLife, “As the recipient of last year’s Champ of Charity Award, it’s an honour and a privilege to present my friend Justin Bieber with the award this year for his exemplary work with Make-A-Wish at The Young Hollywood Awards on Monday night.”

excited to give my friend @justinbieber the #champofcharity award for @MakeAWish at the @yhawards! watch us monday night on @CW #YHA

Justin has been dedicated to his charity work and made history in 2013 by breaking the Make A Wish record and granting his 200th wish to an ill child. Aww!

Honored to be receiving @yhawards "Champ of Charity" for my work with @MakeAWish- those kids are incredible! Watch Mon on @CW #yha thanks

Super successful popstar, stone cold hotty AND he does charity work? We LOVE!