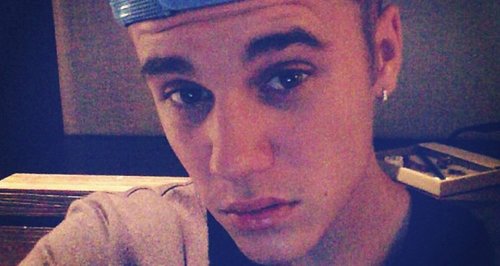 The female star has urged her fans to support the Beliebers with manager Scooter also making a statement.

Justin Bieber's manager Scooter Braun, fellow pop star Lady Gaga and his millions of fans online have rallied round to show their support to the 'Boyfriend' star following his arrest yesterday.

The Canadian singer was arrested in Miami on Thursday (23rd January) accused of driving under the influence and drag racing, and was released on bail later the same day after a brief court appearance.

Scooter Braun, who has managed Justin's pop career ever since discovering him on YouTube, posted a brief statement on Twitter to show his support and asked fans to help the singer through both the good and the bad times.

@justinbieber love you and i will act in the manner of someone who truly cares. that is all I have to say. thanks for all those concerned

Been a long day. Bottom line is we are defined by how we handle adversity. Be there when it counts. Love fully in good times and bad.

Lady Gaga has also posted a message of support to Justin Bieber's fans and asked her own fans to support the 'Beliebers' through this difficult time.

"Hey Monsters. I know everyone today is talking about Justin's arrest and all sorts of words and judgements are happening on the Internet," Lady Gaga posted on LittleMonsters.com in the wake of the news. "Everyone is entitled to their own opinion and to stand up for themselves but I think we should be supportive of Beliebers.

"They deserve, just like any other fan, to feel strong for each other and Justin so they can continue to share the bond they have through music," she continued. "We may not understand everything celebrities do because there's only so much we see, but Justin and Beliebers were 'born this way' too.

"Let's spread love and compassion to Beliebers today. That is what we are all about."

Fans of Justin Bieber have spoken out about the singer's arrest and said they will stick by him and urged him to take some time away from the 'chaos'.

Justin Bieber fans send him a message after the week's events...

Justin Bieber returned with new album 'Journals' at the start of 2014.