It's not every day two A-listers randomly cross paths on their travels.

Justin Bieber's no stranger to hanging out with celebrities but even he was a little surprised - and maybe starstruck - when he suddenly spotted Hollywood star Adam Sandler trotting past in the street.

Justin's mate was filming the 'Sorry' singer on his travels when they spotted the Waterboy star walking with one of his kids and, naturally, the pair stopped for a quick high-five and "what's up, bro?"

"Totally did not plan getting that on video.!!! Super random Adam sander living legend," Justin posted alongside the clip. 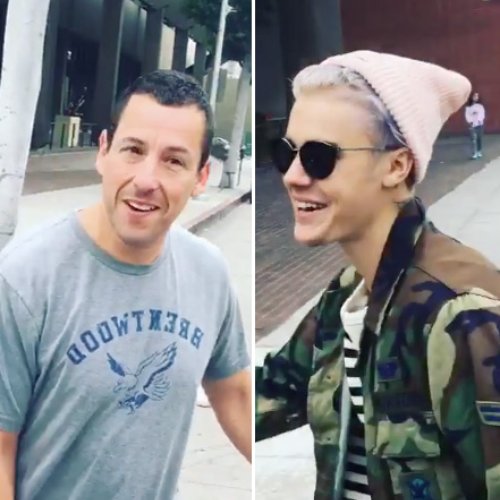