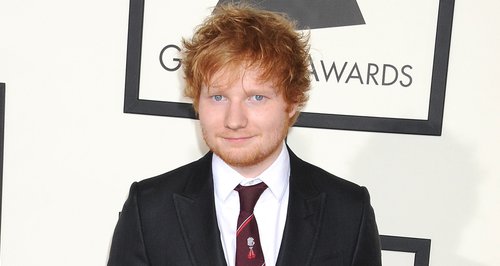 The 'Lego House' singer follows his new single announcement with details of the second album.

Ed Sheeran has confirmed details of his new album 'X'.

The 'Small Bump' singer took to Twitter yesterday (4th April) to announce the first single, 'Sing', but then followed with the news of his second album.

My 2nd album is called 'x' or 'multiply' and will released on the 23rd of June worldwide. Can't wait for you guys to hear it

He'd previously revealed that it would once again by a symbol, much like his debut '+' and the new title follows that same format.

"My 2nd album is called 'x' or 'multiply' and will released on the 23rd of June worldwide," he wrote. "Can't wait for you guys to hear it."

Ed Sheeran will be chatting with Marvin Humes on Monday night to talk about his new music, and the new album is released on 23rd June.

> 9 Collaborations We Want From Ed Sheeran In 2014