“Why’s It Inside Out?!” Demi Lovato Got A Cat & The Internet Is Freaked TF Out By It

Oh, and she called her hairless Sphynx cat Hairy-ette too. AMAZING.

Demi Lovato got a cat. But she didn't just get any cat... oh no, she got herself a hairless Sphinx cat - and the Internet literally can not cope with her new addition, Hairy-ette.

Despite the cat having NOT A SINGLE PIECE OF FUR ANYWHERE ON ITS BODY, Demi's still pretty allergic to it, but that's really the least of her problems because the Internet thinks Hairyette is trying to kill her.

Where Were You When Demi Lovato's Cat Killed Her pic.twitter.com/Pht33LWFfU

Why does Demi Lovato's cat look like it's been plotting her murder for 15 years and is finally ready to take action pic.twitter.com/JJxtkRHCFF

RIP to Demi Lovato. She's not dead but if she Keeps this cat, she might be pic.twitter.com/HknasprNI6

So yeah, people are pretty freaked out by the latest member of Demi's household. Some people didn't know WHAT it was: 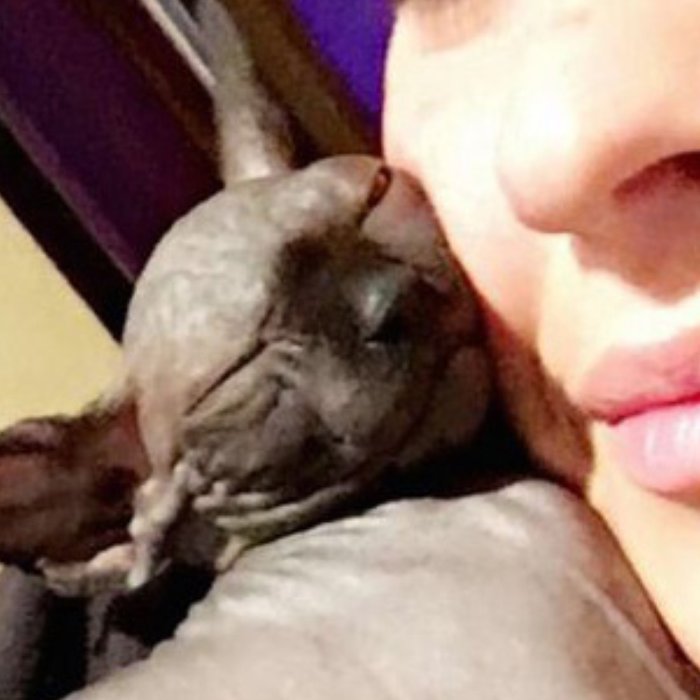 Others managed to rule it out of the running for who the mysterious 'Becky' mentioned in Beyonce's new song was:

But most people - like Demi - just thought Hairyette was really bloody cute.

Demi lovato is allergic to her new cat but she's keeping it because she's so in love w it, that's love

Demi Lovato got a hairless cat and I actually cried watching her snapchats of it. I want five please

demi lovato's cat is so cute

Demi Lovato has the exact cat I want. Life is so unfair.

Demi Lovato got a black sphynx cat. it's so cute.

Oh - and some people even thought they WERE Hairyette. Random.

The Snapchats of HIGHLY ALLERGIC Demi were pretty amusing to some.

But the moral of the story is: