David Guetta: The Most D-Danger-Dangerous DJ In The World?

Releasing a track called 'Dangerous' was a silly move from the world famous DJ - OBVIOUSLY we'd have to put the title to the test!

When David stopped by Capital to promote is newly released album, 'Listen', our very own Dave Berry & Lisa Snowdon had a special challenge for him.

To truly prove that he's the most DANGEROUS DJ in the world, it was only appropriate that he meets some DANGEROUS animals!

Thanks to Capel Manor College, we shipped in some hissing cockroaches, a snake and an emperor scorpion and challenged Mr Guetta to get up close and personal with these creatures.

Can he do it and take the crown of 'Most DANGEROUS DJ In The World'? 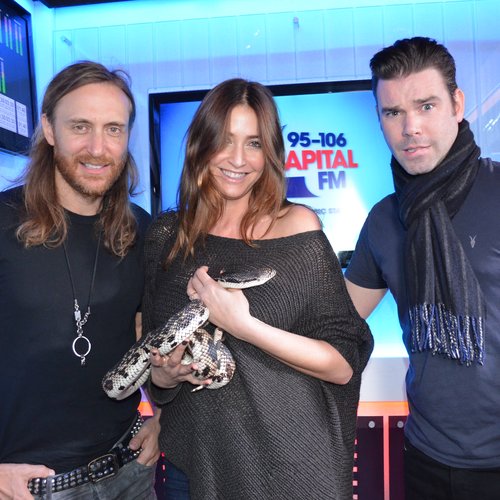 After the creatures were removed from the Capital studio, there was one more talking point for Dave & Lisa - that video from Tomorrowland!

Catch more from Dave & Lisa every Saturday from 6am.