The fans have done some detective work. Is THIS the name of Calvin's next chart hit?

Calvin Harris is set to make history this weekend when he becomes the FIRST DJ to headline the main stage at Coachella Festival 2016 and fans are convinced he’s set to reveal a brand new single to mark the occasion.

The ‘I’m Not Alone’ producer has been inundated with tweets from fans asking for new music soon and Calvin must be feeling in a giving mood because he’s been replying with some slightly cryptic messages hinting at just that.

As well as promising new music “soon” to several eager tweeters, Calvin also keeps repeating the phrase “it’s in God’s hands” with his replies. Could this be a clue about the title for his next release? 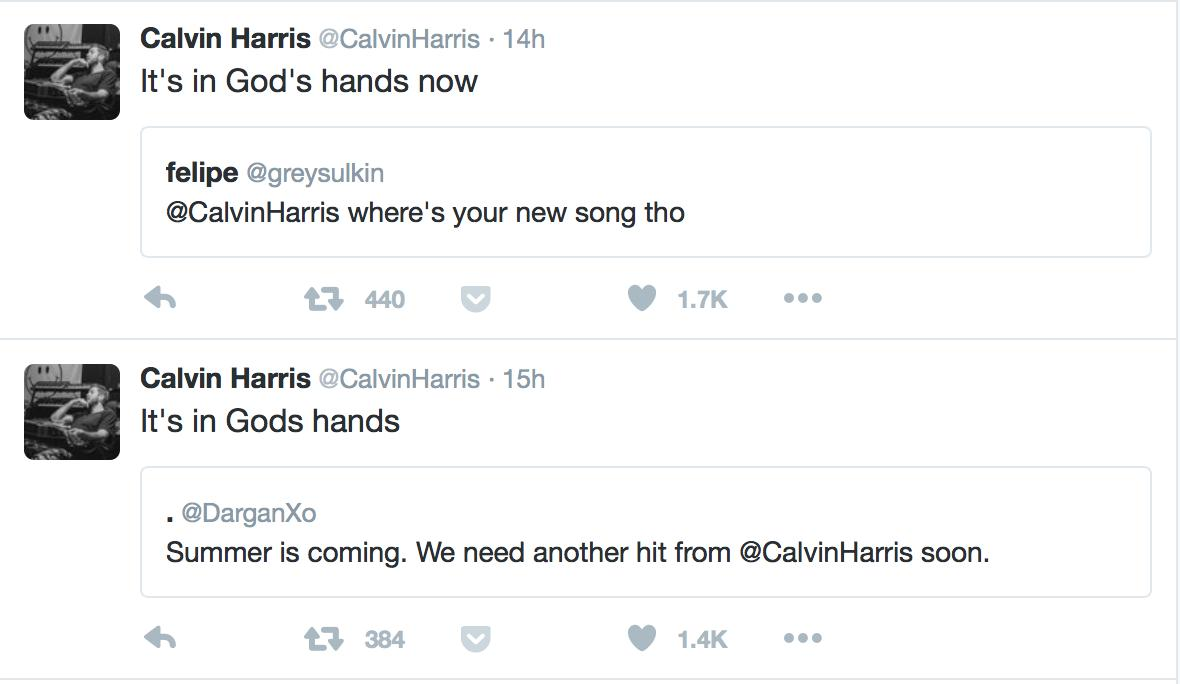 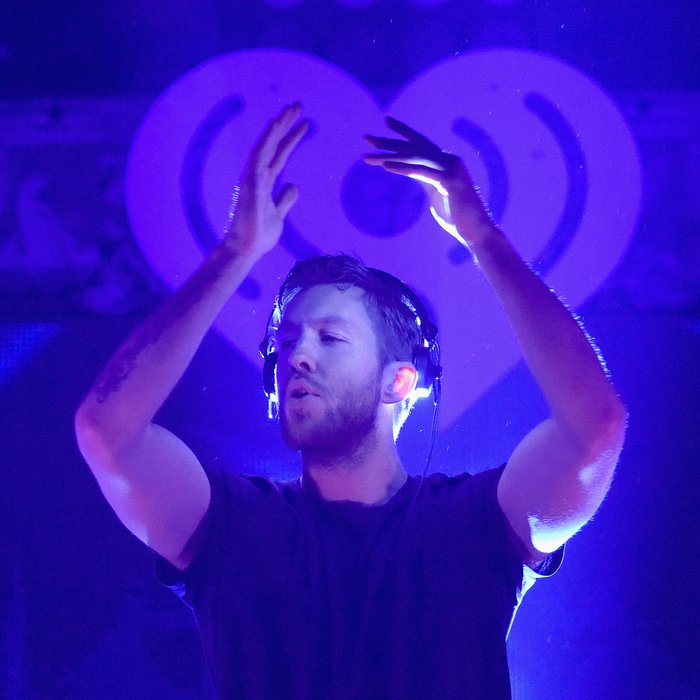 Do Calvin’s fans have the new title sussed then?

@CalvinHarris can't wait to listen to "in God's hands now"

We already know he’s got a new song with Ellie Goulding in the works, and she IS there at Coachella too - could she pop up to sing with Calvin on his mystery new track?

Calvin Harris’ last single was July 2015’s ‘How Deep Is Your Love’, so the Scottish EDM star is well overdue a new release. Stay tuned this weekend to find out if Coachella 2016 sees the arrival of something new.