He's one of the world's best performers - so who better to kick things off at Capital's Summertime Ball with 2017?!

He's one of the world's biggest stars, and he flew into the UK specially to open Capital's Summertime Ball with Vodafone - and what a show Bruno Mars had for you all!

Performing an epic eight-song set, Bruno kicked off the whole day with '24K Magic' setting the tone for the UK's biggest summer party - all that, and the sun even came out over Wembley Stadium too!

Bruno brought a mix of his classic hits and some of his newer songs to his set, so there was a little something for everyone - and with so many iconic tracks to choose from, you guy in the crowd knew every word!

Ahead of his performance, Bruno stopped by the studio to chat to Roman Kemp... but did he find out who the elusive Julio was?!

Bruno rocked a Mets jersey as he and his Hooligans burst onto the stage to entertain you - proof the man can literally wear anything and look a million dollars!

We'd expect nothing less from Bruno, but he brought his A-game in the form of dance moves, synchronised with the rest of his backing singers and band... and we are totally going to try and learn those routines! In fact, he kept dancing even when the band cut the music... who needs a stadium sound system when you can dance to your own tune, huh?

Being Bruno, he even brought out a couple of firemen during 'Uptown Funk' who blew smoke across the stage from their hoses - no expense spared!

Understandably, you guys took to Twitter in your droves to tell us how much you loved Bruno's performance - and you couldn't stop talking about it!

We know this set is one people will be talking about for years to come - now that's serious showman!

Bruno Mars At The Summertime Ball 2017 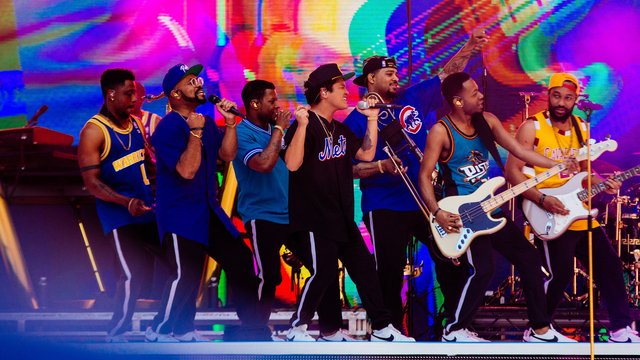 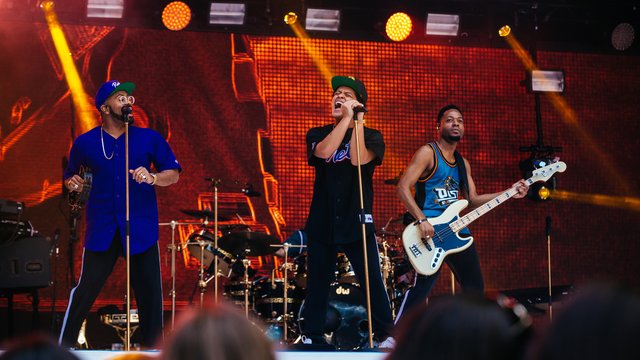 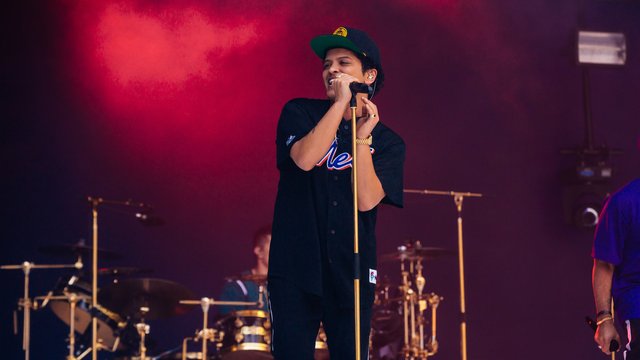