One Mum Hilariously Recreated Beyoncé's Baby Photo In The Most Incredible/Budget Snap Going...

We couldn't be more 'Crazy In Love' with this...

Beyoncé left us genuinely shook on Friday when she uploaded a photo of her cradling her two one-month old twins, Rumi and Sir Carter.

We felt similar emotions when Sharon Kellaway, a mother of five from Ireland, recreated the iconic snapshot in her back garden.

> WATCH: Was Beyoncé Hinting At Jay-Z's Cheating Back In 2014 In This Emotional Live Performance?!

Having recently given birth to her own set of twins, she saw the similarities; not only did they both give birth to twins, but they also have 22 GRAMMY Awards each... Okay, maybe just the first point was right. We're not sure as to how many GRAMMYs Sharon has.

She said of how amusing she found the 'Single Ladies' singer's original photo; "I just wanted to take the mickey as she looked so unrealistic".

While Beyoncé was stood in front of a huge floral display, donning an aqua-blue veil and a ruffled cape. Sharon, on the other hand, found a nearby pair of trainers and wrapped one of her children's blankets around her. See - the similarities are endless. 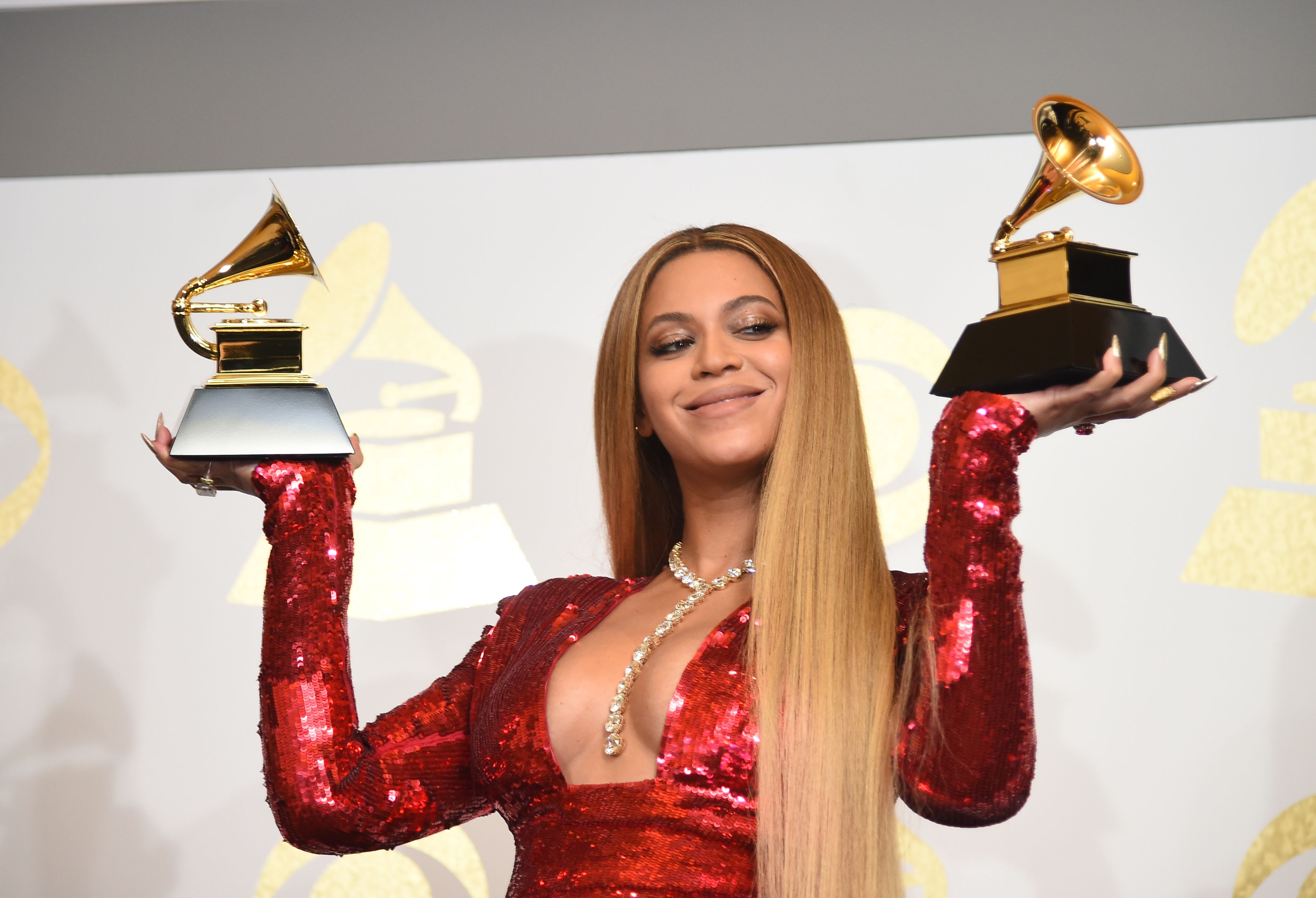 > Download Our App, So You Can Catch Up On All Of The Latest News About Beyoncé!

And the most impressive part is that Sharon's 6-year-old daughter, Megan, took the photos. Sharon said "no qualifications and still did a mighty job." (The worrying part is that we've taken snaps worse than this.)