Is Bey giving us secret hints?!

As if the thought of Beyoncé bringing two more little people into the world wasn’t exciting enough, we’re already waiting with bated breath to see what unusual names she comes up with for her new twins… but some fans think they might already know.

WATCH: Beyoncé's GRAMMYs Performance With Isolated Vocals Is So Good It Actually Hurts

Yep, according to some of the #BeyHive, she’s been sending signals all along through her clothing, just like she apparently did when she was pregnant with Blue Ivy.

According to some of her fans, Bey wore a lot more blue clothing before naming her first child Blue Ivy… and during this pregnancy she’s been rocking a lot of green hues and the odd red number. 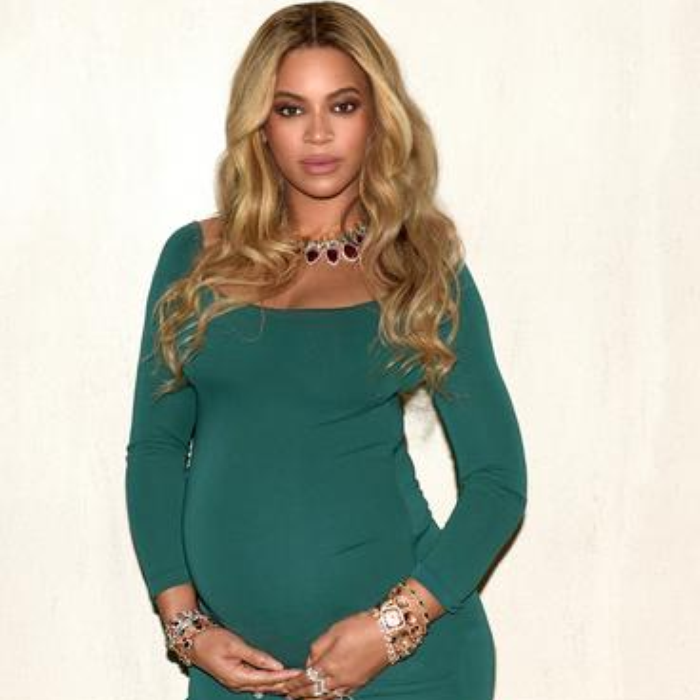 The speculation is rife that she might go along the lines of ‘Jade’ or ‘Emerald’ or possibly even ‘Ruby’:

my roomate: "what do you think beyonce is going to name her twins? green? that's what this picture (beyonce in a green dress) suggests"

Beyoncé gonna name one of the babies Emerald WATCH !

watch #Beyonce name the twins shades of green... you heard it here first.

Beyoncé in all this green ..man what she tryna tell us ?

Beyoncé with the name themes : A COLOUR AND A FLOWER BLUE IVY EMERALD ROSE SCARLET LILY

Beyoncé is gonna name on the twins green clearly

Anyone else realised the blue green and red outfit theme that Beyonce has been going for. Baby name hints??

Beyoncé and Jay Z have stayed tight lipped about any potential names, but we’re looking forward to finding out what they’ve come up with for the Carter twins this time round.