5 Seconds of Summer singer Luke Hemmings has called out fans who were bullying his girlfriend Sierra Deaton's looks.

Luke Hemmings has defended his girlfriend Sierra Deaton, after she was the target of cruel, online trolls.

> Who Is 5 Seconds Of Summer's Luke Hemmings' Girlfriend Sierra Deaton?

The 5 Seconds of Summer lead singer hit back at a fan who compared Sierra's appearance to a cartoon duck. The fan tweeted a picture of Sierra side-by-side with an image of Abby Mallard from Disney's film Chicken Little.

In response, Luke tweeted: "I see stuff like this too often. It makes me sad women make other women feel like they’re not good enough."

"The same people that talk about kindness & being PC say awful things to someone I care about every day," he continued, "I know this isn’t everyone but I see it a lot & had to say something."

Luke and Sierra have been dating since 2018. The pair went Instagram official back in August last year with an adorable snap of them backstage at a 5SOS show.

The 28-year-old American singer won the final season of The X Factor US in 2013 as part of the duo Alex & Sierra, who were mentored by Simon Cowell. The group split in 2017 but Sierra continues to make her own solo music.

5 Seconds of Summer are getting ready to hit the road as they support The Chainsmokers on their huge World War Joy tour. The Australian band kick off the tour next week at the U.S. Bank Arena in Cincinnati, Ohio. 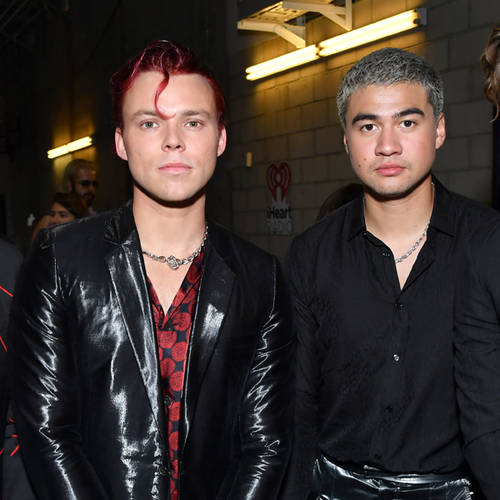