It Is Official. Will Smith Has Fully Transformed Into Uncle Phil In This Bungee Jump Video

Will Smith has gone a little quiet since the hype from Suicide Squad has died down, but he's finally surfaced and...wow.

The days of the 'Fresh Prince Of Bel Air' might be long gone, but that doesn't mean that every time we flick on the TV and that intro hits we won't be glued to our screen for the next half an hour.

Well, we've got a feeling if they were to ever remake 'Fresh Prince' we've found a shoe-in for the role of Uncle Phil.....Will Smith!

In this incredible go-pro footage of the Men In Black superstar, Will is seen bungee jumping in Zimbabwe and when hanging upside down, we literally can't see anything but Uncle Phil.

A screenshot of the video has gone nuclear on Reddit with the top comment grabbing over 10K upvotes: "Now this is a story all about how, my face looks fat from upside down, I like to take a minute just sit right there, I look like Uncle Phill when I fly through the air." Perfect. 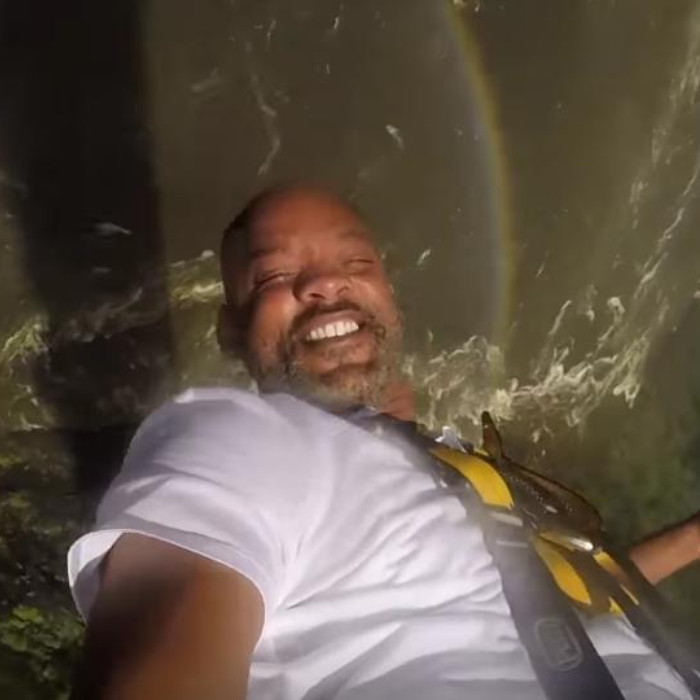 Daredevils Of Pop: 15 Celebrities Who Live Life To The EXTREME!

Uncle Phil actor James Avery died in early 2014 with Will stating, "Some of my greatest lessons in acting, living and being a respectable human being came through James Avery - every young man needs an Uncle Phil. Rest in Peace."