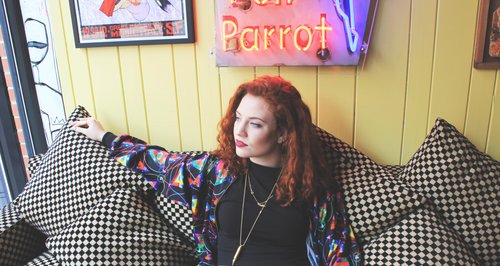 Jess Glynne is our new flame-haired girl-crush – and you can get to see her up close and personal as she announces her first UK headline tour – eeek!

Ever since Jess Glynne exploded onto the music scene with Clean Bandit on ‘Rather Be’, we’ve been obsessed with our latest flame-haired girl crush.

And Jess is only going from strength to strength – as well as getting a top ten hit with her debut single ‘Right Here’ which went straight in at number six on the Big Top 40 Chart, she has announced her first headline UK tour!

Yep, Jess could be ‘Right Here’ in your city (sorry) as she embarks on the 12-date tour in October. The tickets go on sale on Friday 18th July but you’ll have to get in quick – she sold out her debut headline gig last week in Hoxton.

And Jess will be pretty busy until her own tour kicks off – Miss Glynne will be performing at festivals up an down the country throughout summer. Tickets go on sale at 9am on Friday – best get in there quick!