Netflix Dare Me: Who is Marlo Kelly? Meet The Actress Who Plays Beth Cassidy

Marlo Kelly rose to fame on Home and Away, but you’re about to get to know the actress through Netflix’s new addition Dare Me.

Marlo Kelly plays Beth Cassidy on Netflix’s latest series Dare Me, about a cheerleader who plots revenge against the clique that expelled her.

Dare Me drops on 20 March and it’s expected to become a huge obsession.

Described as a story of “jealousy, obsession, and power”, Dare Me details the dramas of a cheerleading squad fallout when they get a stern new coach, Collette French.

It’s expected to be a bloodbath and is tipped to be Netflix’s biggest addition.

Who is Marlo Kelly and how old is she?

Marlo is a 23-year-old actress from Australia. She describes her character in Dare Me, Beth, as “turbulent” and “covering up a lot of vulnerability and pain”.

Warning fans about what to expect from her character, Marlo told Elite Daily: "I hope they give [Beth] time.

"And I also hope that they sometimes look at her with some empathy. I think she deserves and needs some love. She can seem quite harsh on the outside but I think underneath there is actually a really beautiful person and I just hope that the audience sees that."

At the time of writing, Marlo has over 9,000 followers on Instagram but we expect that to soar once it lands on Netflix on 20 March.

She fills her social media profile with snaps from the show, behind-the-scenes action, and photos she’s captured from her travels around the globe – it’s clear Marlo is a keen photographer.

Had a chat with @the.baremag Polaroids and makeup by the delightful @tina_turnbow 💜🎞

What else has Marlo Kelly starred in?

You might recognise Marlo from Home and Away, where she starred as Skye Peters from 2015 to 2016.

> Grab Our App For The Latest Netflix News 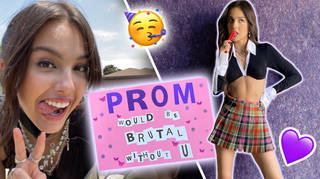